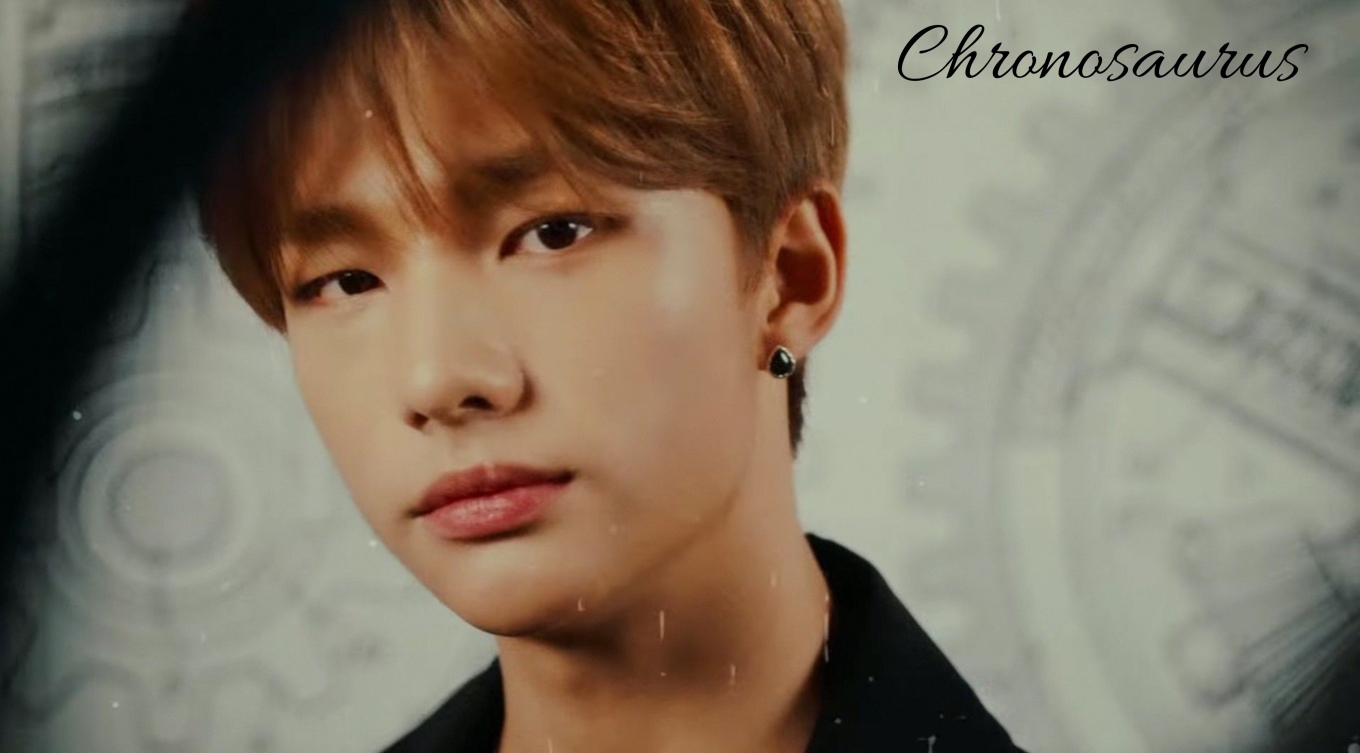 With the “Chronosaurus” chasing after you, will you truly escape time itself?

On Apr. 15, Korean pop (K-pop) boy group Stray Kids released a music video for their side track, “Chronosaurus”. Despite the song only being apart of their new album, Cle 1: Miroh, the rock ballad creates another side of the Cle 1 storyline, which continues the previous series, I Am. From being afraid of time itself to running from the constant ticking, “Chronosaurus”’s lyrics conveys how time is a challenge to overcome, as there is never enough time to do everything or to accomplish every single task. Written by Bang Chan, Changbin, and Han of Stray Kids themselves, otherwise known as 3RACHA, the darkness-themed track showcases all of the members’ vocals throughout in different verses and various lines to create a song that for sure does not disappoint. Ultimately, “Chronosaurus” is a substantial side track with deep and lyrics that everyone can relate to as well as a meaningful music video that demonstrates these lyrics.

Although the lyrics have a meaning even beyond the surface, the title itself holds significance as well. Within the title, the base word, “Kronosaurus,” is the name of an ancient dinosaur, which gained a reputation as one of the largest and most vicious ancient marine life. With the addition of the second word of the mashup, “chronos,” the Greek word for time, it creates “chronosaurus,” resulting in a characterization of the song title itself as a beast that instills fear within those who look at it, making it fitting for the concept of time.

Notably, despite the fact that the title carries a heavy meaning alongside the song itself, the lyrics share the true message. In a busy life, time is something that can not be escaped since it is always there, ticking away as days go by. The message that “Chronosaurus” conveys is how running out of time is abundant in everyday life. With the constant fear of time and being chased by it, there is no room for rest, just the continuous and rigourous tasks of life instead.

Though it is the lyrics that make the most impact, the music video could play a role as well. Despite the fact that the overall set is minimalistic and does not show anything of significance, each of the members get screen time within a screen that only shows black and white, like an old film. This has the possibility to hold significance, as it resembles how time moves so quickly, from the grayscale to abundant colors. For the entirety of the colorized scenes, all nine members simply sit in their chairs and look into something in the distance, something off camera. As the music video comes to a close, it becomes clear that what they were staring into was light, possibly being an escape route from a beast: the “chronosaurus.”

At the end of the day, “Chronosaurus” is a meaningful ballad with sensational vocals and lyrics, as well as a movie-like music video. The track showcases the group’s singing abilities instead of their rapping, which is unexpected since most of their songs focus on a mixture or both.

As promotions for Cle 1 continue, Stray Kids still work to capture the entire K-pop industry with their voices and eventually climb up the charts as nine or none.

The student-run newspaper of Glen A. Wilson High School in Hacienda Heights, California.

This site uses Akismet to reduce spam. Learn how your comment data is processed.