Posted on September 30, 2019 by Paw Prints Weekly Leave a comment 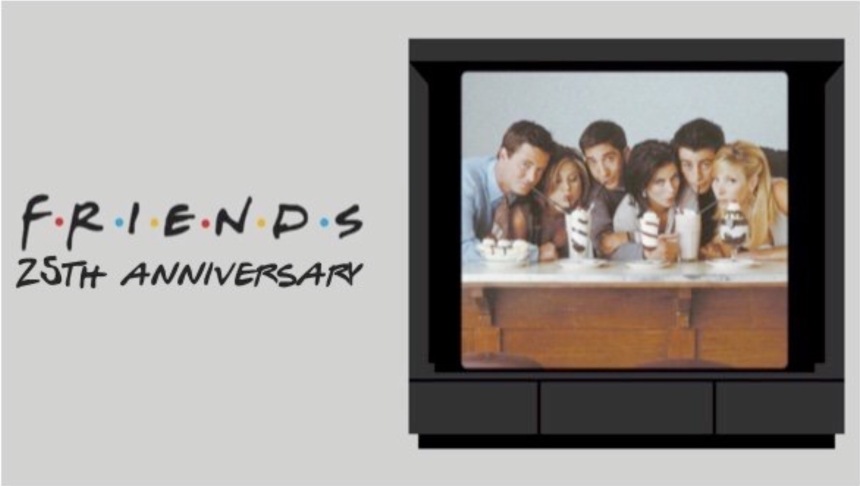 “Oh. My. God.” Janice once said in the episode: The One With The Candy Hearts.

Furthermore, the television show became popular due to its unique content, given that the main criteria for a successful episode was considered to be the characters interacting with each other, rather than following an intricate plot. In addition, the chemistry between the characters is what made the show so interesting to watch.

Although we may have said goodbye to Friends fifteen years ago, as the new generation rekindles the show, the American classic is fortunately making its way back onto the big screens. Ultimately, Friends is a nationwide phenomenon, as well as one of the most popular television shows of all time, as its  relates to many of its audience, and shows us how simpler our lives were before apps, social media and smartphones dominated our attention, time and friendships.

As the show is being celebrated for their 25th anniversary, the main actors reunite togethers as the reunion brings back many old memories while they were filming for the show.

Right from the beginning, viewers could compare their own lifestyles with the show as they watched the characters live in New York City. For example, in one episode Ross and his friends take forever to get ready for an event, which resulted in sheer chaos. Essentially, the show’s genuine storyline of people being very indecisive while getting prepared for the day, appealed to its audience as it represented the struggles we unfortunately go through on an everyday basis.

Essentially, we can connect to this episode as everybody chooses a New Year’s resolution to accomplish and gives an effort to achieve it. However, sometimes it does not work out as according to our plans. From this, not only does the plot make it relatable to its viewers, but the cast’s raw acting ability, also demonstrates their distinct chemistry with each other.

Additionally, in another episode: “The One with Ross’s Tan,” Ross comes out of a tanning booth with a two-toned appearance. Ross’s acting causes the  situation to be more dramatic and comedic than it already is as he comes out of the tanning booth.

Moreover, viewers can connect to this episode as getting a spray tan is a popular thing to do now. However, the result is not always how we expected it to be, including coming out with an uneven skin tone.

In addition, the different themes in Friends aids to the sitcom’s utter success. The combination of the spectacular acting and chemistry between the actors, makes an entertaining sitcom to view. Even though sometimes there was tension between the characters and their friendships, they still found a way to come back to each other.

Furthermore, Friends also represents the laid back, vintage feel, as there were no electronic devices incorporated into any of the scenes of each episode. Due to this, the sitcom stood apart from other television shows because of its uniqueness, which enhances the show’s feel good theme.

As a result, the disclusion of electronic devices had a major impact on the characters in Friends. The actors seemed to have a closer bond, in contrast to people who only go on their phone when hanging out with their friends.

Despite the show’s recent triumph, it was not always America’s favorite sitcom.

Midway through the second season, Friends was cancelled due to low ratings. However Friends, having reached 10 full seasons, is rising to the top as more and more people join the Friends fandom.

In conclusion, Friends has made a positive impact on American television and is ultimately a great sitcom to watch in which viewers can relate to, and also allow us to understand how life was “back then.” A quarter of a century later, fans can agree that the impact the beloved TV show has left is still being celebrated today for future generations to come.

The alternate reality of job applications

In the near future, applying to jobs will be like playing a game.